Finally, a month later, the developers released a new version of the Minecraft 1.18.30.01 game on Android. Updated the design when creating the world, new experimental features, fixed bugs and bugs.

The screen has been updated when creating/editing a new world: it will not appear on all mobile devices, developers need a little more time to fully implement it. 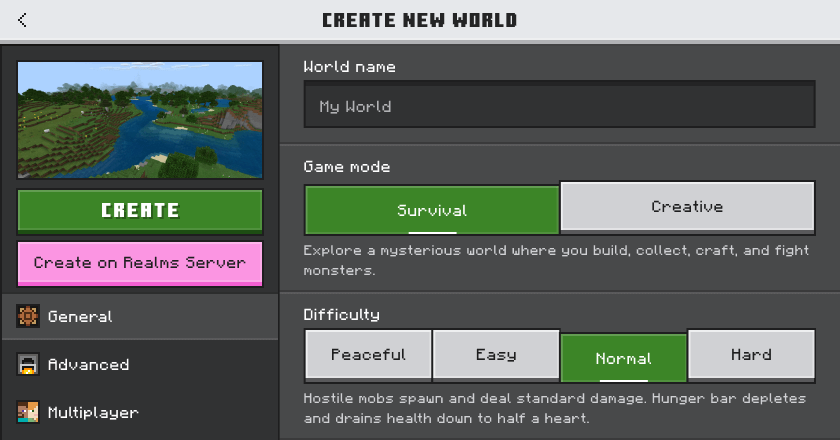 Realms World Repository: Who canceled their subscription more than 18 months ago - the worlds will be deleted.

Two new biomes have been added: Gloomy Depths, an ancient city, and the effect of darkness.

Added two new types of things: Rolling blocks, a boat with a chest

Observer mode is available in this update, you can enable it using the /gamemode 6 command.

Fixed up to 75 errors. A few of them: teleporting mobs and using the camera during the game work correctly.